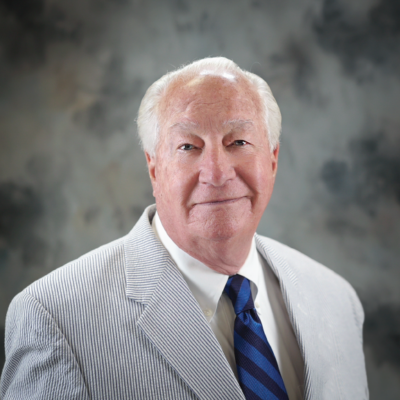 John Wolf’s practice is concentrated primarily in domestic relations; banking and business transactions; real estate and property law; and wills and estate planning. He has been in private practice in Grand Island since 1969.

Throughout his career, John has held a number of leadership positions and legal affiliations, including roles as a lifetime fellow of the Nebraska State Bar Association; former president of the Hall County Bar Association; Chapter 7 Trustee in Bankruptcy for the U.S. Bankruptcy Court for the District of Nebraska (1972-2019); member of the Nebraska Bar Association Committee of Inquiry; and member of the Judicial Nominating Committee for the Hall County District and County Courts. He has also served as an instructor for continuing education events for attorneys, bankers, and bankruptcy practitioners and was a faculty participant for Nebraska Continuing Legal Education.